Falmouth Criminal Lawyer James P. Dillon, Jr. has been representing clients in criminal law matters for over 30 years. Attorney Dillon is well-known in and near the Cape and Island’s areas in both the District and Supreme court systems. Whether it’s a misdemeanor or felony, Attorney Dillon has helped clients’ with criminal legal issues including drunk driving and drugged driving (OUI/DUI), assault, drug trafficking, rape, theft and murder.

Felonies are serious crimes, punishable by state prison, heavy fines, or other loss of rights.
Examples: Alan was charged with sexual assault, Dan was arrested for assault with a deadly weapon after stabbing Ryan; Mike was arrested after he killed someone while drunk driving; or, Paul was just arrested for tax evasion. These are situations that require an experienced Criminal Attorney who understands the local and state courts, and, is a savvy, articulate litigator (courtroom lawyer).

Cape Cod is an international destination about an hour south of Boston, Massachusetts that attracts people from all over the world. The population triples in the summer months from Memorial Day to Labor Day as a center point for traveling to the islands of Martha’s Vineyard and Nantucket. The town of Falmouth is one of the central cities on the Cape with a large population of year-round residents. It’s home to WHOI, Woods Hole Oceanographic Institute, a research and science center that’s recognized internationally.

Expectedly, with the influx of travelers comes unfortunate happenings and serious legal matters. 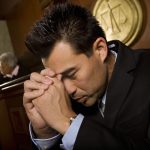 “I had a very interesting case as a Falmouth Criminal Lawyer that I handled in the Falmouth District Court last year.  I had a gentleman who was employed at a local Falmouth Business.  One day the police arrived at the business and said that they wanted to speak to him about a past sexual assault on a female employee.

He went to the police station and was informed that a 22-year-old girl who worked at the business said that my client had pulled her into the employee’s bathroom and sexually assaulted her.  The client denied everything but ended up being summonsed to Falmouth District Court for indecent assault and battery on a person over 14.

He came to see me and explained what had happened to him and emphatically said that he was innocent.  He informed me that he was one of the girl’s supervisors and that he has had to correct her several times recently because she hasn’t been doing her job and feels that this is her way of getting back at him. A charge like this is one that can get a person fired and criminally charged.  Luckily, the owner of the business had faith in my client and just switched his shift to nighttime so that he would not see the girl at work.  She meanwhile obtained a 209A restraining order against him that stated that he was not to abuse her in the future.

At our next court date, I filed a motion to obtain the security tapes from inside the building although unfortunately there wasn’t a camera outside of the bathroom area.  However, we could see images of the girl going outside the back entrance and then right after the alleged sexual assault sitting at the counter waiting for her friend to get off work.  Not something one would expect after being sexually assaulted.

The next step was to visit the business and interview witnesses, all who were in support of my client.  They in unison said my client was a very hard worker who did his work and expected everyone to do the same.  They all said that the girl was not a good worker and observed her being spoken to by my client.  But most importantly, they were there to observe her demeanor immediately after the alleged assault and did not notice any change in her demeanor especially after allegedly being sexually assaulted.

Based upon my investigation and my client’s insistence that he was innocent we marked the case up for a trial.  On the first trial date with our witnesses all present, the district attorney told the court that the alleged victim could not make it today and the court granted a second trial.  I asked the court to mark it no further continuances.  On the second trial date, again with our witnesses present the alleged victim did not show so we asked for the case to be dismissed which the court did.

It is unfortunate, but people are out there who will just make a false charge in order to get back at someone and sometimes these cases make their way to court and a person has to defend themselves.  In this case my client’s reputation was attacked and almost tarnished.  But with a thorough investigation I was able to clear my client’s name.”

Please contact Criminal Attorney Jim Dillon for a Free Consultation if you’ve been involved in any criminal situation.